On the lookout for a prestigious musical post, the 18-year-old Handel travels by coach to the Hanseatic capital of Lübeck in 1703 to audition for the aged Buxtehude—and his unwed daughter. The old man recognizes the flashy potential of the handsome upstart, then bids the visitor make way and slides himself onto the bench of the mighty St. Mary’s organ that he has presided over for three-and-a-half decades. Having just wormholed his way back from a wine-tasting tour of the Finger Lakes that included an excursion to Cornell’s then-new Arp Schnitger-style baroque organ, Buxtehude launches into a sprawling chorale fantasia on the Cornell alma mater. Handel condescends to express his admiration for the grand, antique style of the display. Unable to suppress his already rampant musical kleptomania, Handel stashes some of Buxtehude’s scores in his trunk knowing that he will not pursue his organistic and matrimonial possibilities on the shores of the Baltic. Instead the glory-seeking virtuoso returns to the opera stage of Hamburg and soon after seeks refuge in the decadent enchantments of the Italian peninsula. 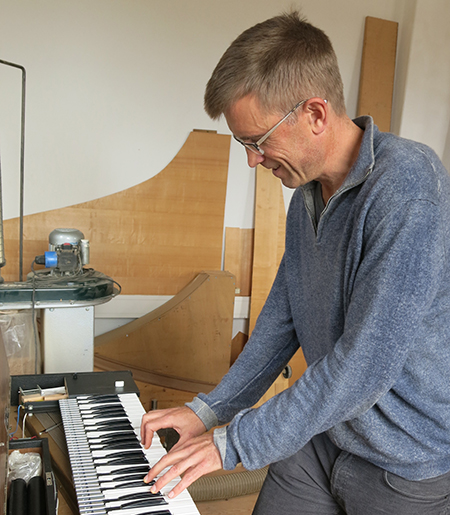